Diesels at Home in the West 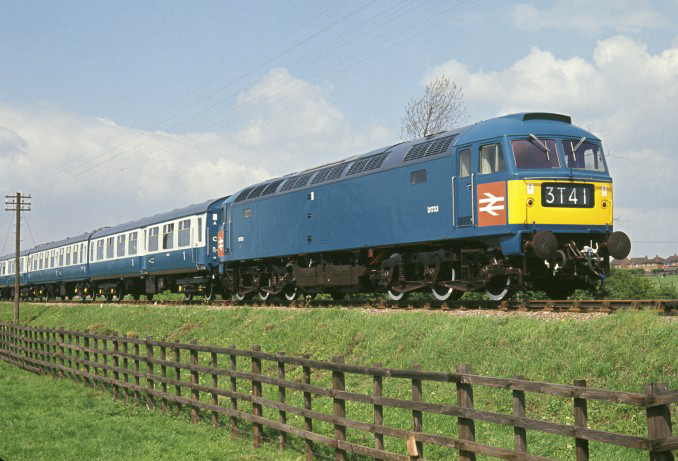 The West Somerset Railway’s Mixed Traction Weekend which will take place between Friday June 5th and Sunday June 7th will be a mixture of diesel-electric and diesel hydraulic haulage, plus a steam diagram on the Saturday and Sunday. Three “guest” diesel electrics will feature over the three days..

The “guests” are  “Peak” 45060 “Sherwood Forester” and Class 56 56006.  The Class 45 IS normally based at Barrow Hill and the Class 56 at Leicester and courtesy of a kind help from GB Railfreight will be moved to the WSR by Class 59 59003 which will also guest in the event. The Class 56 will be the first of its type to operate WSR public services in the history of the line, previous appearances by these Type 5 freight locomotives being at the head of charter trains which have worked through to Minehead.

The Williton based fleet of the Diesel and Electric Preservation Group will be represented by Class 47 D1661 “North Star” and Class 33 D6575 whilst the “Maybach Music” element for the Gala will come from “Warship” D832 “Onslaught” and “Hymek” D7017.

Other plans include the DEPG Depot and heritage Centre at Williton being open to visitors on all three days of the Gala (with a second-hand model railway trader on site), together with the railway museums at Bishops Lydeard, Washford and Blue Anchor. The Friday evening schedule will include a Real Ale and Fish and Chip Special made up of eleven coaches. Food and drink must be booked in advance on this train.

There will be no mainline link train this year but there will be services between Bishops Lydeard and Norton Fitzwarren, using the WSR plc DMU on Friday and a top and tailed coaching set on the Saturday and Sunday. The DMU will shuttle between Minehead and Dunster on Saturday 6th.

Discounted Rover Tickets for the Mixed Traction Weekend are on sale via www.west-somerset-railway.co.uk or 01643 704996.

Like this post? Share it!
My Top 5 Small Exmoor Churches
Visit some of the charming small churches on Exmoor.
Next Post
Seaside Walk Week
Sandals brand Salt-Water who have teamed up with the Marine Conservation Society to find the best...
Previous Post