8 Things to Do in August on Exmoor 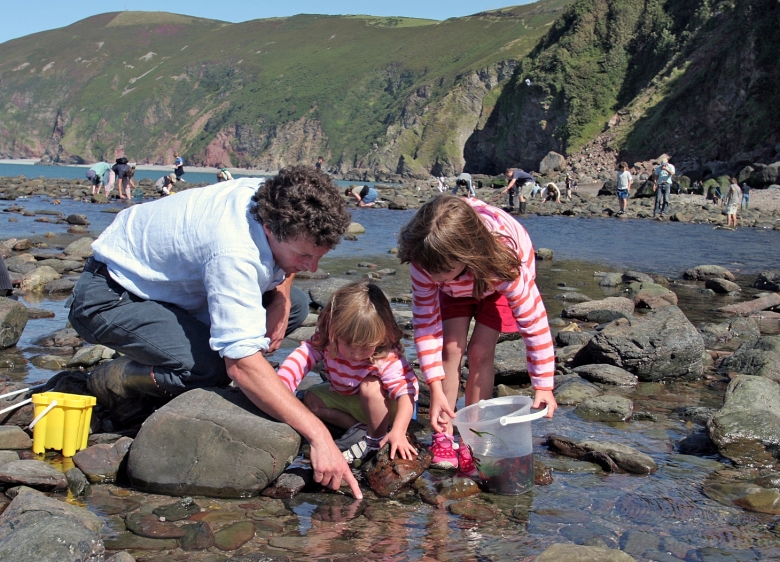 8 Things to do in and around Exmoor this August   #Summer2018

Go on a Seashore Safari – Explore the hidden places and look for marine wildlife in the natural beach rock pools of Combe Martin. There’s a free rock-pool guide for each family and microscope workshops available. No need to book - just turn up. 10, 14, 24 and 29 Aug 2018.  £2 per child (accompanying adults free). www.combemartinmuseum.co.uk 01271 889031

Jump into the sea - If you fancy getting right in, have a go at coasteering, kayaking or SUP. Clambering over boulders or slicing through the water is an exhilarating way to explore Exmoor’s stunning coastline. Try Exmoor Adventures (www.exmooradventures.co.uk)  or Channel Adventure (www.channeladventure.co.uk) for safe and professional guides.

Drama your thing? Then check out LEAR. The Pleasure Dome Theatre Company’s gritty re-imagining of one of  Shakespeare's greatest plays is thrillingly performed outdoors against a spectacular Valley of Rocks backdrop between 1 – 18 August 7:30 – 9:30 pm (Sundays 3 – 5 pm) £15 per adult/£10 under 16’s and £40 for a family ticket. (www.pleasuredometheatrecompany.com)

There’ll be ponies, ponies and more ponies at The Exmoor Pony Festival (5 – 12 August). 2018 is the bicentenary of the sale of the Royal Forest of Exmoor when over 400 Exmoor ponies were auctioned. Many were bought by local people whose herds were the foundation of today’s pony population. There’ll be shows, rides and a special open day at the Exmoor Pony Centre  exmoorponyfestival.com/whats-on-2018

Look for Butterflies in the beautiful Heddon Valley, David Attenborough would approve. Follow a fun family trail through the valley, with clues to help you spot these beautiful insects along the way. Pick up your trail from the National Trust shop. Children £1.00 – although ice-creams afterwards may cost more. Call 01598 763402 for more details.

Who doesn’t love a village show or summer country fair? There are lots going on in and around Exmoor this summer including at Stogumber (4 Aug 2:30pm) Porlock (5 Aug 1130am) Allerford (19 Aug 10am) and the big daddy of them all the Dunster Show on Friday 17 August (  www.thedunstershow.co.uk)

Hop aboard a railway – there’s a choice of three in and around Exmoor: Admire the amazing views as you travel on the famous funicular railway from Lynmouth to Lynton (www.cliffrailwaylynton.co.uk) Take a two-mile round trip through the pretty Exmoor countryside from Woody Bay Station where you can join a little narrow gauge train for a journey back in time (www.lynton-rail.co.uk) or go steaming on the West Somerset Railway, stopping off at a number of charming villages on an all day rover ticket (www.west-somerset-railway.co.uk)

Enjoy the spectacle - the Minehead Summer Festival features more than 40 jet ski riders from seven countries, who will head to Minehead Bay to compete for UK and European P1 AquaX titles. The double bill of fast and furious jet ski and Thundercat powerboat racing will be free to watch, especially from the harbour where there are plenty of places to sit and sup. This is a fun weekend for all the family to enjoy seeing top class jet ski and powerboat racing in action.

For more information about where to visit, stay and eat explore www.Visit-Exmoor.co.uk