Exmoor’s peaceful forests, hills and valleys became a noisy battleground during the 1940’s when infantry and artillery used the relatively isolated countryside as a training ground for fighting in WWII. Reminders pop up all over the moors and visitors interested in our war-time heritage are able to visit the remains of observations posts above Hennes Combe, a ruined pillbox on Bossington Beach and the foundations of the secret North Hill Radar Station.  Another secret which only came to light after the war was that German U-boats patrolling the Atlantic often slipped alongside Exmoor’s most rugged coastline under cover of darkness to refresh their water supplies from Sherrycombe Falls just under Holdstone Down. Those observation post boys may have been looking the wrong way! 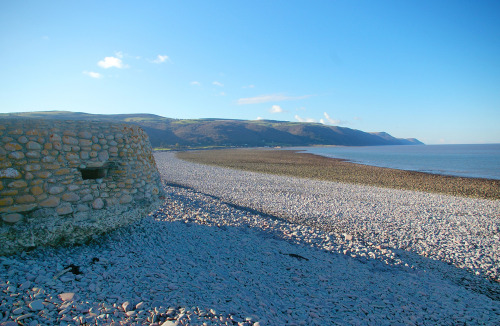 Hunt for WII Heritage, at these locations...