Love is all Around 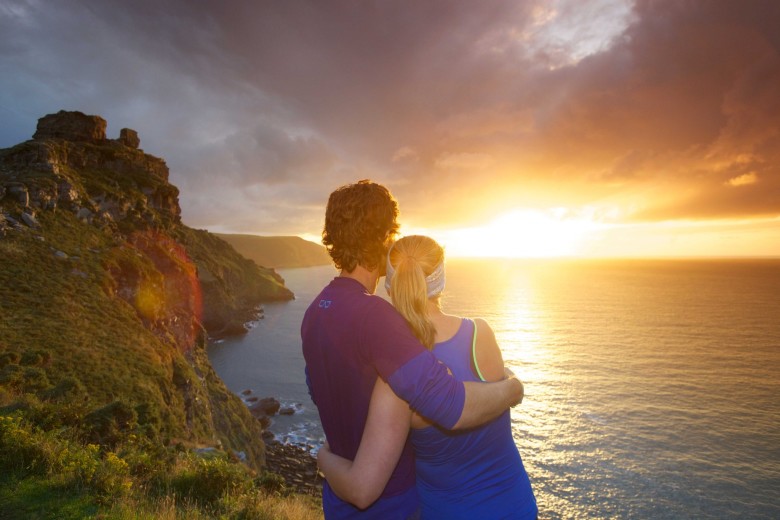 Love is all Around - to quote a popular song from Wet Wet Wet. No change for Exmoor though, as there is always a hint of romance in the air if you look for it.

The classic English romantic novel - Lorna Doone: A Romance of Exmoor - was published 150 years ago next year and has never been out of print. Based on a group of historical characters and set in the late 17th century, the author R D Blackmore’s lush description of the Exmoor landscape was a highlight of the book. Stay in splendid style at the Old Rectory Hotel (B&B from £180). This appealing boutique establishment has been regularly voted one of Trip Advisor’s ‘Top 10 Most Romantic Hotels in the UK’ and ideally placed to meander over the coast and moors to see Blackmore’s inspiration for yourself.

Our dark skies are perfect for starry-eyed couples who will just need a blanket and a flask of something hot to appreciate the millions of lights that illuminate the inky black sky over Exmoor – no light pollution here. Exmoor National Park was Europe’s first Dark Sky Reserve. Stay at the lovely Dunkery Beacon Hotel B&B from £80) where you can just step out of the door to appreciate the perfect rurality of the location. Here you’ll find delicious food and panoramic views to linger over until it gets dark.

If you don’t want to say ‘I do’ in front of millions of people, then Exmoor might just be the place to escape to. Set within 17 glorious acres of rolling countryside, Little Quarme  self-catering cottages for two from around £400) is the definition of a picture-perfect, pastoral wedding venue where you can get married in an outdoor gazebo overlooking the Quarme Valley. Small weddings are their speciality.

The publication of the ‘Lyrical Ballads’ by Wordsworth and Coleridge in 1798 is widely credited as the beginning of the English Romantic movement in literature and Poetry. This beautiful collection of poems was inspired by a favourite Exmoor coastal walk to Valley of Rocks in Lynton. Sink in to understated luxury at the nearby, award-winning Highcliffe House  B&B from £120). Its fabulous coastal views and adult-only policy is a serene and peaceful retreat to peruse the poems.

Often referred to as the  'Food of Love', Oysters reputation as an aphrodisiac is legendary. Home grown on the Exmoor coast, Porlock Bay Oysters are amongst the purest available in the UK and used by many of the Top Chefs in the country.

For more information on things to do and see and places to stay on Exmoor see www.Visit-Exmoor.co.uk