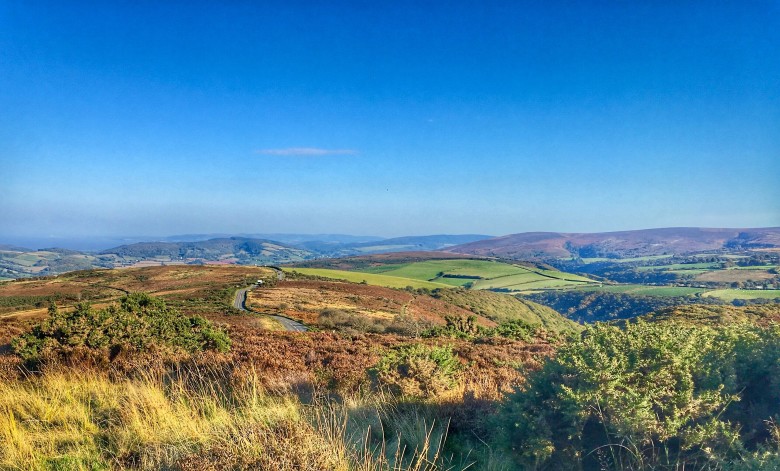 Proving not all the news is bad at the moment, Exmoor is currently revelling in its own little bit of fame. In case you missed the coverage, sit down and have a read of what’s been filling column inches, apart from Brexit, this January…

The esteemed Time Out Magazine not only listed Exmoor in its ‘Top Places to Visit in the UK 2019’ feature – but made it their number one choice!

“Classed as a Dark Sky Reserve, the landscape is made up of moorland with nature reserves, ancient burial grounds, wild valleys and rugged sea cliffs. It’s a lush place to explore by daylight but at night head to Holdstone Hill, County Gate, Brendon Two Gates, Webbers Post, Anstey Gate, Haddon Hill or Wimbleball Lake for impressive astral views.” Thanks to journalists Ellie Walker-Arnott and Lucy Lovell for that glowing recommendation. More info on stargazing here: www.visit-exmoor.co.uk/dark-skies

Another Top Pick came from one of the UK’s best-loved magazines, Countryfile. Featuring a comprehensive guide on how to grow, recognise and see Snowdrops, writer Carys Matthews then went on to name our very own Snowdrop Valley in Wheddon Cross, Exmoor as her Top Snowdrop Walk in the UK; “Take a stroll in this picture-perfect valley carpeted in snowdrops.”  We couldn’t have said it better ourselves. More info on Snowdrop Valley here: www.visit-exmoor.co.uk/point-of-interest/snowdrop-valley

The inews featured a story (originally from Boundless Magazine) which revealed The UK’s 50 Best Driving Roads – with Exmoor featuring not once, but twice in the Top 10! We all know this of course, but good to see it brought to the attention of the nations’ drivers. We were equally pleased to see that Richard Webber of The Telegraph celebrated lots of our great Exmoor routes with his feature Great British Drives: A Big Exmoor Adventure in a Mini Clubman (other cars are available). More great routes to try here: www.visit-exmoor.co.uk/picturesque-car-routes

So, if it's driving, stargazing, exploring flora and fauna or just exploring, we’d love to see you all on Exmoor.

Like this post? Share it!
Puddles and Snowdrops
Whatever the time of the year Exmoor always offers a range of experiences. these range from the u...
Next Post
Lorna Doone 150th Celebrations
The 150th anniversary of the publication of Lorna Doone by R D Blackmore will be celebrated acros...
Previous Post