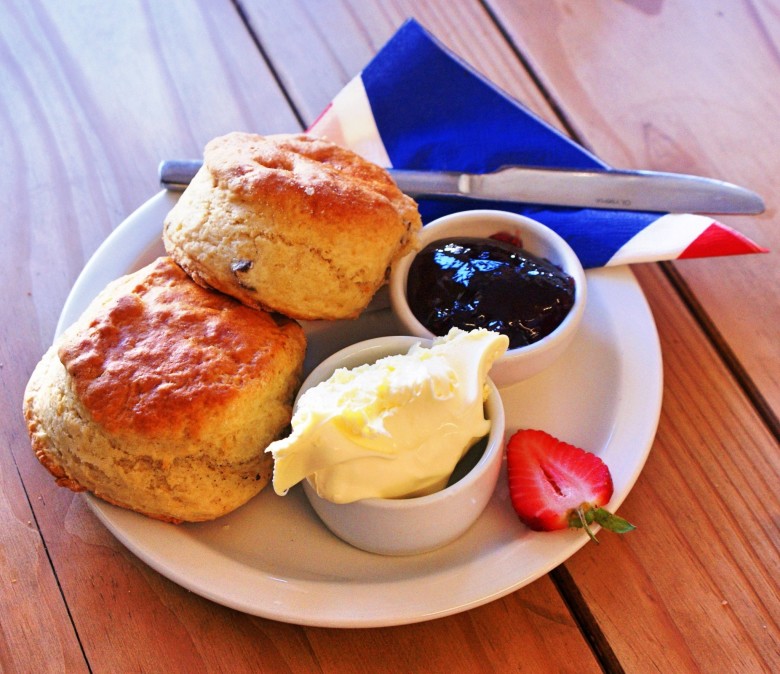 The age-old question of cream or jam first (it’s cream) is sure to be hotly debated all over the south west on National Cream Tea Day, 29 June. This year Visit Exmoor, the area’s official tourism organisation, has joined forces with CareMoor for Exmoor to celebrate National Cream Tea Day and raise money towards the National Park and its special qualities.

Cafes, restaurants and attractions in and around Exmoor are delighted to be contributing to the upkeep of our beautiful natural landscape by offering one of the area’s most iconic treats and visitors are encouraged to come and indulge!

Visitors wishing to combine their sweet tooth with a day out on Exmoor might like to visit Woody Bay Station and enjoy a well baked scone beside the narrow-gauge railway or have a day at the seaside and gaze at the view from the Lynmouth Pavilion Tea Rooms or Foxes Academy in Minehead. Perhaps a stroll along the River Barle and sup at Withypool Tea Rooms, or a meander down to Porlock Weir and stop at the Harbour Gallery & Café. Or explore pretty Dulverton and eat inside or out at the Coper Kettle.

Animal lovers can enjoy a delicious cream and jam snack at Exmoor Zoo, or the Hawk and Owl Centre in Bossington where cream teas are served in the peaceful and seemingly timeless walled garden. Visitors can also enjoy an al fresco tea at The Allerford Post Office Tea Gardens or the medieval Luttrell Arms, where home-made scones and jam will be available in their delightful Secret Garden, complete with views of Dunster Castle.

Experienced Exmoor lovers might like to try the charming new Bridge Tea Rooms in Exford or the equally new stylish Chapel House Tea Room in Dunster. Both making a very welcome addition to Exmoor’s café culture and to promoting the area’s local produce under the #eatExmoor campaign.

The Porlock Visitor Centre, Miles Tea & Coffee and Exmoor National Park have joined forces to hold a drop-in cream tea afternoon between 2 – 4pm. Serving home made scones, local cream and jam all proceeds go to charity and everyone is welcome.

All the establishments involved will be donating some of their proceeds to CareMoor for Exmoor helping to fund Nature, Heritage and Access projects across the National Park. Every donation to CareMoor goes directly to support important conservation work and improvements to the paths network across the Park.

For more information on where to stay, visit and eat see www.visit-exmoor.co.uk

For more information on Exmoor National Park and CareMoor for Exmoor see www.exmoor-nationalpark.gov.uk/caremoor

Like this post? Share it!
Twenty Great Picnic Spots
There’s something about eating ‘al fresco’ that makes even the humble sandwich tas...
Next Post
Love is all Around
Love is all Around - to quote a popular song from Wet Wet Wet. No change for Exmoor though, as th...
Previous Post