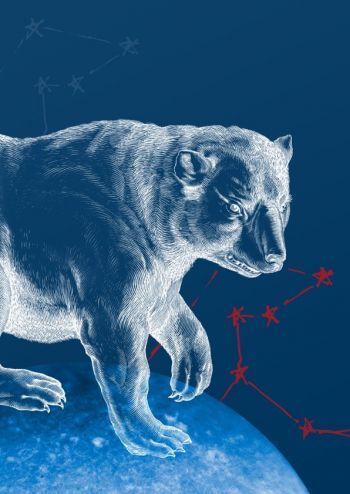 An exciting new exhibition of star inspired artwork and deep space photographs will be on display at the Lynmouth Pavilion for the month of December from 10am to 5pm (except Christmas Day and Boxing Day when the Pavilion is closed).

The exhibition is the presentation of creative work from a year long project which takes Exmoor's International Dark Sky Reserve status as its starting point.  The exhibition has been taken to schools, community centres and public events on Exmoor and had also included pop-up starry storytelling cafés and illustrated talks as well as storytelling performances around a fire under a starry sky in the heart of Exmoor. These experiences have inspired and stimulated a range of fascinating creative responses from project participants who have contributed artwork, poems, stories and hand written thoughts and memories.

A range of the work will also be accessible on the project website www.darkstarryskies.com  which is also the site of an open and ongoing archive of Dark Starry Sky memories which range from the delight of a six year old girl who had just seen her first shooting star on Exmoor to a retired Naval Officer who recalls the sublime fear and beauty of being left on his own on a clear night in the middle of an ocean whose waves he could not see and being covered in an astonishing blanket of stars. Frances will be delighted to receive more thoughts and memories via email on the website.