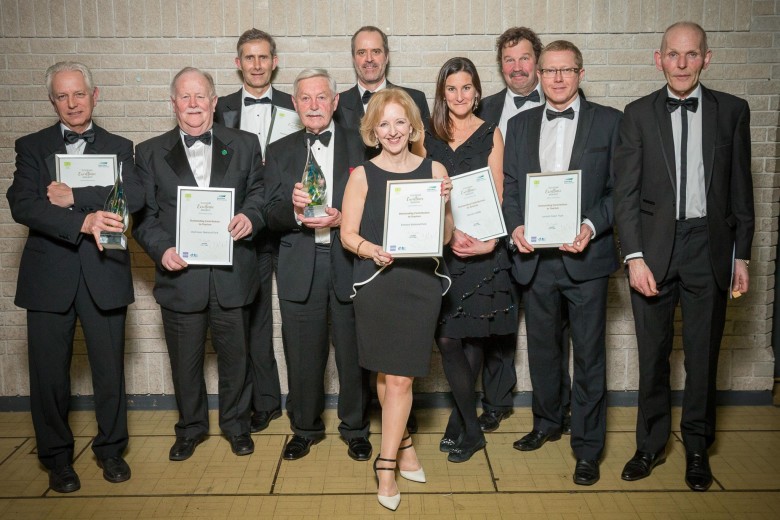 Forgive us if we’re rather full of ourselves at the moment. We’re just delighted that our beautiful Greater Exmoor area and a number of our tourism businesses have won a shelf full of awards this February.

“Over 2 million visitor days are spent on Exmoor every year with 99% of visitors rating their experience as good or very good," said Dan James, Sustainable Economy Manager at Exmoor National Park. "This is thanks to the efforts of all our staff, partner organisations and volunteers that enable so many people to enjoy Exmoor, and this is an award for them all.”

Longlands’ five luxurious safari lodges nestle in a secluded valley on the western border of Exmoor National Park and look out over the North Devon coast. The team’s attention to detail and customer care earned Longlands the honour of being the very first Glamping site in the UK to be awarded a Gold Standard by VisitEngland. And they have just won Gold at the South West Tourism Awards for the second year in a row. Very well-deserved, we say.

The Luttrell Arms Hotel in Dunster has triumphed again, winning Bronze in the ‘Best Pub in the South West’ category. The 15th century hotel on Dunster’s medieval High Street also won ‘Inn of the Year with the Good Pub Guide’ and Gold for Best Pub and Small Hotel in the Bristol, Bath and Somerset regional finals. We can highly recommend it!

The Swan in Bampton also goes from strength to strength. They were named as an ‘Estrella Damm’ Top 50 Gastropub in both 2017 and 2018 as well as being awarded the title of Gold Tourism Pub of the Year 2018 at this year’s South West Tourism Excellence Awards. Excellent in every way.

And finally, the very lovely Lynton and Barnstaple Railway have just won The Morgan Award for Outstanding Achievement for their new-build loco LYN and her associated carriages. Unveiled last autumn, the world’s newest steam locomotive was built at a cost of £650,000 and funded entirely by supporters.Lyn is an externally exact replica of the original locomotive – constructed specially by Baldwin Locomotive Works in Philadelphia when North Devon’s narrow-gauge railway opened in 1898.

Like this post? Share it!
Top 12 Easter Holiday Ideas
Top 12 Things to do in & around Exmoor this Easter Holiday Visit the Lynton Railway at Wood...
Next Post
8 Things to do In January 2018 on Exmoor
1. Climb to the highest point on Exmoor. Pick a clear crisp day, pack a bottle of water and your ...
Previous Post